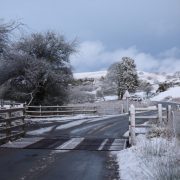 A bit of everything (well, almost)

A Weekend of Firsts

It's A New Life For Me

Want to join the discussion?
Feel free to contribute!

Follow that Frit! Fly My Pretties! (Actually don’t cause I want to take photos)
Scroll to top